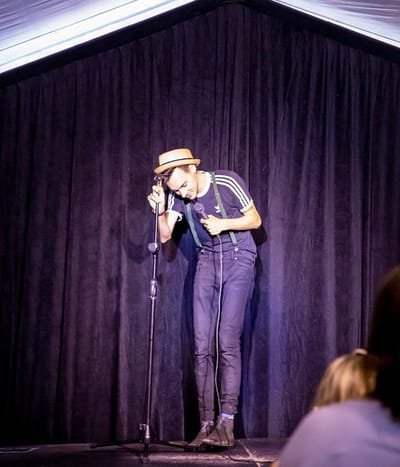 His ten year career has seen him perform to hundreds of thousands of people across the UK, EU and Australia.

If you think he looks familiar, you've probably seen him: